From her first appearance on Dusseldorf’s stage in 2011 to her great return to the contest in 2020 (and then again in 2021), she’s conquered our hearts with her warm smiles, her powerful voice and, let’s be honest, her always different, unique and never boring outfits. 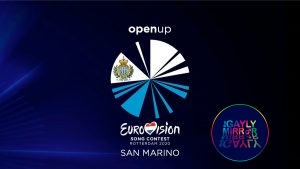 We are obviously talking of the undisputed queen of San Marino (yes Valentina, ‘Maybe’ you have tried too many times and dropped the crown!), ‘Her Freakiness‘ , Senhit.

After an unfair non-qualification in 2011 with the beautiful pop-ballad ‘Stand By’ (for which, by the way, I am still crying out for revenge), she accepted to come back and ‘battle’, again, for one of the smallest countries in the world, that has an history whne it comes to competing in this Contest: San Marino.

Let’s be clear: a returning artist for San Marino is not something that made us spill our margaritas. Senhit is, in fact, the third – fifth if we consider the ‘Junior Eurovision Son Contest’ – returning artist for the Mount Titano’s national broadcast (before her we had Serhat in 2016 and 2019, Michele Perniola and Anita Simoncini both previously representing the country at the JESC in 2013 and 2014 and, last but not the least, Valentina Monetta in 2012, 2013, 2014 and 2017). 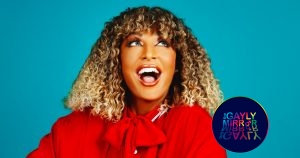 However, Senhit’s return cannot be compared to San Marino’s past in the contest, or at least not this time. San Marino, in fact, has always considered the Eurovision Song Contest ‘just’ as the perfect window for their tourism promotion (as openly confirmed by their head of delegation Alessandro Capicchioni in 2008), and they never seemed so interested in the competition like this year.

We will talk more about San Marino in Eurovision Song Contest in the future. For now, let’s focus on…

Think about it: Senhit will not just bring the small country of San Marino on stage in Rotterdam next May. Born and raised in Italy, her family is from Eritrea, north-east Africa. In a few words, a mix of two cultures apparently very distant, that she has always embraced and enhanced through her artistic career. 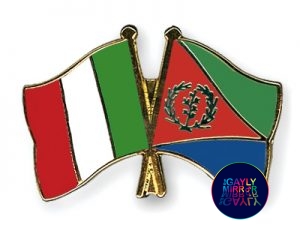 2. Everything started with a Karaoke show on TV…

Not many of you know that Senhit had her early debut on TV in the mid-90’s Italian TV show ‘Karaoke’, hosted by Fiorello (co-host of Sanremo 2020 and 2021) and aired live from various public squares spread all around the country. The same show also featured two of the most famous Italian singers: Elisa and Tiziano Ferro.

We have always heard our ‘Freaky Queen’ giving credit to her African roots for her warm and happy personality and for her ease on the stage. But we all know that when you aim to become the new goddess in the ‘Eurovision’s Mount Olympus’ (by the way, that’s where the Greek gods used to live), personality is not everything. However, thanks to her experiences in some of the greatest musical productions in Germany, Switzerland, and Italy (such as ‘The Lion King’, ‘Hair’ and ‘Fame’) she’s ready to devour that stage in Rotterdam next month, both in the Semi-Final and in the final (you heard it here first!).

As we already mentioned, there are different elements that compose the ‘Senhit’ we all know and love today: her origins, her Italian culture, her acting career, etc. But it is when it comes to her dog, Buddy, that her most tender and romantic side comes out. Buddy is, in fact, “not just a dog… He’s the best antidote to the occasional human weakness. He’s more than a dog. He’s family!” as stated by the artist on Instagram. To Buddy and their friendship is also dedicated her fourth album, ‘Hey Buddy’, and a comic book by Federico Monzani.

And her love for animals does not stop there. Since 2015, in fact, she is an ambassador for the pro-animal rights association ‘Save the Dogs’.

Even if her career started a long time before, most of us discovered Senhit during her first participation in Eurovision Song Contest for San Marino in 2011.

Useless to say that her song in 2011 was completely different, in genre and style, from her 2021’s ‘Adrenalina’. That year in Dusseldorf, in fact, Senhit decided to bring a wonderful and powerful ballad called ‘Stand By’ that, even though it was more than appreciated by the juries (8th in the final scoreboard), it had been heavily penalised by the televote that positioned San Marino in the last place. Shame (and shame on you dear readers!).

6. She has worked with Brian Higgins

Senhit’s style has been in continuous development since day one. We have heard her singing power-ballads, musical classics, but also rock and electro-pop, embracing in every new song a more international and different style.

During her career, she had the honor to work with some of the most famous and talented Italian music producers such as Gaetano Curreri and Maurizio D’Aniello, as well as international producers like Busbee, Steve Daly & Jon Keep, Jamie Hartman, and Brian Higgins.

It is probably thanks to the collaboration with Brian Higgins that she became the artist we all know today. Higgins’ style (who had worked for some of the greatest pop artists of our times such as Pet Shop Boys, Sugababes, Dannii Minogue, The Saturdays, Girls Aloud, Sophie Ellis-Bextor, Kylie Minogue, Bananarama, Alesha Dixon, Texas, Rachel Stevens, Gabriella Cilmi, Mollie King, Nadine Coyle, Kaiser Chiefs, and Saint Etienne, among others) has been described, in fact, as part electro, part electro-pop, more basic pop, with elements of new wave, rave, and dance. Impressing, isn’t it?

7. She is a LGBT+ supporter

…and this is probably one of the main reasons why we love her!

While last year, her ‘Freaky’ was clearly an invitation to embrace love in all its forms, colors, and shape, she has always been an open supporter of LGBT+ rights in Italy and on social media. She has also performed during the ‘Bologna Pride’ in 2018 and she stated that, if not invited to pride, she would have invited herself.

The member of two minorities (woman and African) supporting the fight of another minority (LGBT+)…how can’t you love her?

Do you think we’ll see her raising the trophy next month in Rotterdam? Will we all travel to San Marino next year (that would be epic)?

Let me know what you think about Senhit and her ‘Adrenalina‘ in the comments below!