The Luxembourgish national broadcaster RTL has confirmed that they will not participate in the 65th edition of Eurovision in 2021.

Luxembourg is one of the founding members of the ESC, they debuted in 1956 with Michele Arnaud’s “Ne Crois Pas”. They have not participated since 1993 even though there were rumours of a comeback in 2004 and 2010.

The dutchy has an impressive track record – their first win was in 1965 with France Gall‘s “Poupée de cire, poupée de son“. Since then they’ve achieved a total of 5 wins!

You can check out Luxembourg’s top 10 entries here

RTL’s Steve Schmit explained that the broadcaster is a small station producing only 2 hours of programme per day. Schmit also explains: “our strategy is focused on information and magazines.”

Fans have started many petitons in hopes that the national broadcaster will reconsider and make a grand return to Eurovision in the future. 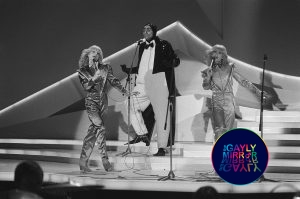