Friends of the victim have quickly shared the picture of the killer on social medias.

The Killer of a young gay man in Italy (Rome) has quickly been identified and arrested for the murder of Alessandro Borrelli, who was killed yesterday afternoon shortly after 6.30 pm in his apartment on the ground floor of Via Cagliari, in the suburbs of Ciampino – Rome.

It is not yet clear whether Stefano, who managed to save himself by miracle, was his new partner or just a friend, but it is thanks to the witness of the survivor that police immediately found the killer.

Crime of passion is the main hypothesis followed by the investigators, even if other options are not excluded. There may be other people involved. Terror, however, in the complex of public housing, where gunshots rang out suddenly and sadly neighbours’ minds went down in history when on last 5th April in the same building Antonio Corona, a 48-year-old worker, stabbed his older brother Sergio after accusing him of waking him up making noises while preparing some coffee.

Gun in hand, blinded by anger for something that had happened and that the investigators are trying to understand, the killer fired as soon as one of the two young men opened the door for him. Stefano had time to escape, but was immediately hit by gun shots. Except that he did not die, while perhaps the killer thought he had killed him too or did not finish him for the simple fact that he had emptied the entire gun, given the large number of shots on Alessandro’s body.

The investigations continue to understand the contours of the story which appeared tangled from the beginning. The suspect was heard late into the night to clarify what happened and what relationship he had with the two young people caught at home. He has been arrested. 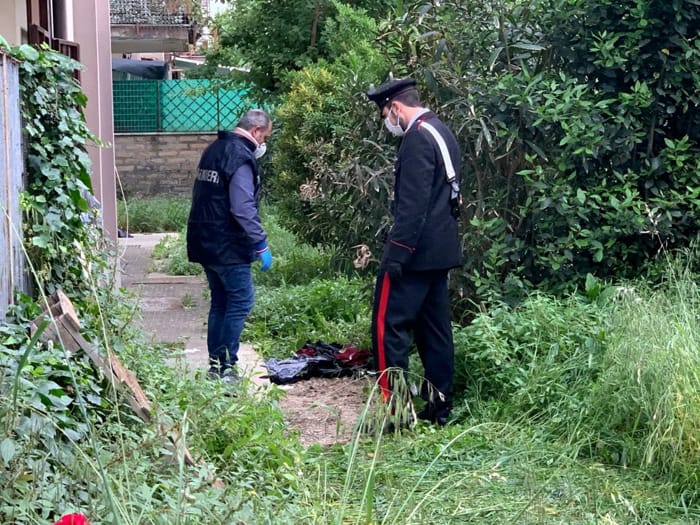