An Hungarian MEP belonging to the leading party with Viktor Orban resigned from his role yesterday after police caught him, other politicians and diplomats in an illegal party in Brussels on Friday 27th November 2020.

This is what is reported to have happened that night

BBC reports that at around 9.00 pm local time police were alerted by some neighbours complaining bout noises and potential lockdown breaches in an apartment located on Rue des Pierres in the centre of the Belgian capital. Getting in to the flat, police found about 20 people, two of whom invoked diplomatic immunity.

Most of those present were men, some of whom were naked when police burst in according to Belga news agency. They were cautioned for having broken the lockdown rules.

A passer-by who told police he had seen a man descending a drainpipe was able to identify him. The man’s hands were bloody and possibly this man got also injured whilst fleeing.

“Narcotics were found in his backpack,” a statement by prosecutors says. “The man was unable to produce any identity documents. He was escorted to his place of residence where he identified himself as S. J. (1961) by means of a diplomatic passport.”

The Hungarian MEP received a fine of 250€ for breaking lockdown rules in Belgium and on Tuesday he published a statement to justify his resignation, where he also admitted he had attended the party on Friday but did not describe it.

“I didn’t use drugs, I told the police on the spot I was willing to undergo an official test, but they didn’t do one. […] The police said an ecstasy pill was found. It was not mine, I don’t know who planted it or how. I made a statement to the police about this. […] I am sorry that I broke the rules of assembly,” he then added, “this was irresponsible on my part, and I will take the sanctions that come with it.” 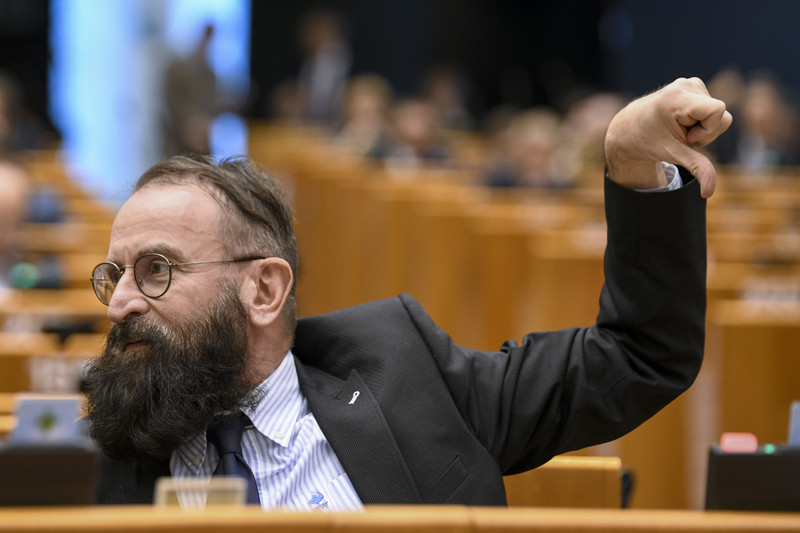 J.Szajer was one of the founders of Fidesz in March 1988 and also a very close confidant and personal friend of Prime Minister V. Orban. Szajer has also played a key role in this political party and inside the conservative panorama. He is married to Tüde Hando – a Constitutional Court Judge – that has yet commented the happening.

The sex scandal is particularly embarrassing for a party which campaigns for traditional family values, that proposed a law to ban gay adoption and the is strongly fighting to make sure that LGBT+ people in Hungary do not get any right as – to use Orban’s words – “gay people represent the devil on earth”.

The political party Fidesz is the same that put a ban to gender recognition in Hungary, the same that is making Hungarian Trans People’s live miserable and the same that decided that Eurovision was just a “too gay event” that Hungary could not accept to take part to such festival as it could mine the religious and cultural roots of the country.