They are gay but don’t feel part of the LGBTQ+ community; they don’t like pride parades and don’t support marriage equality, and would never give a dog to a gay couple, let alone a child. It’s called internalized homophobia and turns gay people into assholes.

Psychology defines homophobia as irrational prejudice against homosexuals. It’s typical among religious extremists and ultra-conservatives whose beliefs, principles, and practices are full of bullshit like machismo, xenophobia, and heterosexism. Homophobes do have personality issues, but we all know that the worst homophobes in the world are gay. 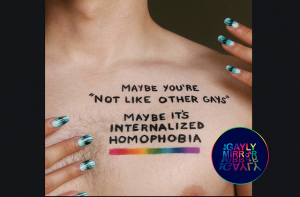 It’s called internalized homophobia and pisses many gay people off when other people’s homosexuality is visible and recognizable. They must have forgotten how bad it hurt when they were insulted, offended, discriminated just for being non-straight. So now they do the same to other gay guys.

When we were too young even to count, many of us heard naughty stories about homosexuals. Mom and dad probably taught us that gay men were sick people. We grew up and learned that it was not true. Nonetheless, some of us still believe it is. So the more visible a gay man is, the more frustrated and delusional some gay men get. 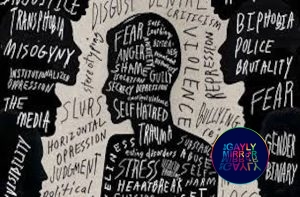 We were taught to believe we were wrong. Some still believe that being  “too gay” is wrong. The only problem here is the internalized homophobia many homosexuals are unaware of suffering from. It ruined many of our lives when we were only children. Please, don’t ever let it ruin your or someone else’s life again.