My first experience of a sexual assault in a lesbian bar did not come from a woman but from a man dressed as if he was to attend an upmarket soiree – instead, he was roaming the dark, pink and fruitful Candy bar down Deen Street. He dressed in an elegant olive green satin blouse tucked into tight off white slim fitted trousers with heels that were fit for a ball. He wore a light brown wig with ginger highlights and a dark but elegant red lipstick. My initial thoughts were ‘what is he doing in a lesbian bar ?’. Though he looked better than most lesbians in the term of dress sense, he had no place in a lesbian bar if he was to grope women and grope he did. I was thrown against the black railings outside the bar, his hand laying firmly on my pelvis while he leant in to kiss me. I threw him off in a fit of rage as I would have done to any man or woman who does not ask for consent. 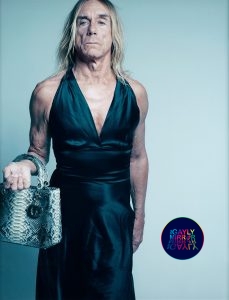 He smiled and let out a little murmur. I turned to head back into the bar and I felt a hard slap on my bottom resonate through my entire body. No words were exchanged as I knew far too well that once any words are to leave your lips, you will be accused of transphobia. If being transphobic means fighting off men dressed as women who grope women in bars with no consent then yes, I am transphobic.

Let’s get one thing straight – if a transvestite man wants to mingle in a lesbian bar then he has every right however, consent is a must and to be understanding and respectful that most women will not want to partake in any sexual activity. The trans community demand respect and understanding but do not abide by their own wants and end up ostracising themselves. As a lesbian, I do not want a man dressed in women’s clothing brushing his cock up my thigh whiles I am dancing with my friends. If I wanted such an event to occur then I would attend a heterosexual bar/club. It is with no regret that I speak openly about my discontent with the trans community. One might say ‘well you’re hiding behind your article’ and rightly so ! freedom to disagree has turned into a torment of abuse and dragged through the courts with the expected outcome of out of pocket legal fees but found not guilty of any absurd breach one is to be accused of. Serial trans court cases against individuals who have the right to freedom of speech has become a full time job for some. I happened to have attended class with a trans who spent her days scowering Twitter to find people to sue. She’s gained a nice little fortune from people freely expressing their opinions without any homophobic hints. The path many are taking in being offended by personal opinions that are not offensive but more on the path of accepting though not understanding someone’s inner need to become a trans is not far off the train of thought of the series ‘The Handmaid’s Tale’ incorporates: all in doubt must be severely punished. We cannot change the world but we can be a role model so why not work towards a respectful goal ?