Ana Brnabic is the leader of the ruling Serbian Progressive Party, which has been nominated by the Serbian president Aleksandar Vucic to remain in office after securing 188 deputies in the 250-seat parliament.

She was able to win the elections for a second term after those held on 21st June got boycotted by the opposition accusing the President of silencing all those media which did not agree with his rules.

Mr. Vucic looked ahead and during a press conference last Monday defended Ana Brnabic from all accuses, saying the she “didn’t use her term of office to benefit foreign or local power centers, she just fought for the interests of this country. The new government will have three main goals, namely to strengthen the country in the fields of the economy, health, and defence.”

Who is Ana Brnabic? 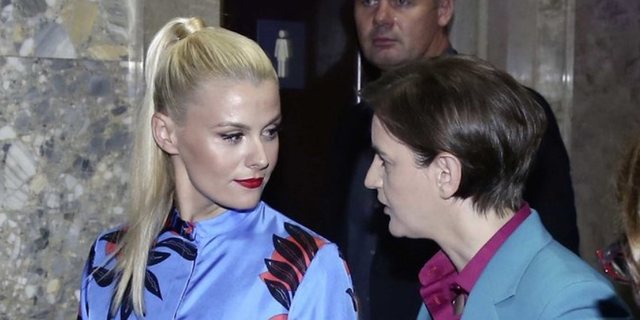 Ana Brnabic, 43, became Serbia’s first female and first openly gay prime minister in 2017 after President Vucic resigned the post in order to stand in the presidential election. Her appointment, though, has changed the situation of the LGBT+ rights in Serbia, where same-sex marriage is prohibited and where unfortunately there is still a big stigma over the LGBT+ people and homophobia is almost a normality in the country.

Her popularity among the LGBT+ Serbian Population is not that good, in fact during the Pride 2018 she was formally “not welcome” to join the parade. They might be possibly right as Ana had a child using artificial insemination but her government banned artificial insemination and IVF for all those Serbian people who “has a history of homosexual relations” within the last five years.