The last thing you need in life is hate. So stay away from haters, especially if they’re gay.

Some gay people think gay people suck. They feel superior and entitled because even though they are gay, they are not like other gay guys. The others are just unkind, promiscuous sluts. 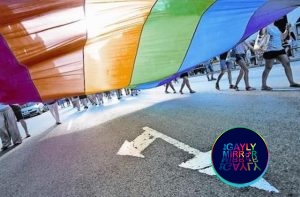 Many gay men lead an intensively active sex life. Many others don’t. Reportedly, more than 70% of EU homosexual men have a job that keeps them busy pretty much all day long, Mondays through Fridays. This is enough to understand that not all of us can spend our days thinking of or having sex 24/7. And even though most of us gay people do not have families with children to take care of or look after, it doesn’t mean we don’t have a life with our responsibilities, duties, and deadlines to meet.

Some gay men feel pretty irritated by those gay men who have sex frequently. They don’t believe bisexuals exist because “either you prefer men or women.” They can only see things in black or white. In their life, there’s no room for colors. This must be the reason why they don’t support pride parades and find them quite disturbing.

As you might have noticed, no homophobe is more homophobic than the gay man who
1) doesn’t know (or pretends not to know) he is gay;
2) doesn’t accept his sexuality;
3) claims to be gay but keeps several homophobic and sexophobic beliefs in his mind, words, and attitudes. Unfortunately, not all gay people have treasured the suffering they went through just for being gay in a straight man’s world. Many wasted that pain and now cause it to others. They feel better only by making other gay guys feel worse, just like homophobes do. You’d better stay away from them. They still can’t see how colorful life can be, for they still live in the shadow.