We remember… We are a people marked by the atrocities the hand of history has so unreluctantly laid bear our suffering.

On January 27th, we all grieve together the loss of our loved ones and our people. We grieve those who entire generations have been wiped out and remember their names by lighting a candle, for the Jewish people are and will remain united by blood and by history. My family like so many others found themselves diminished to two or three survivors and those were the lucky ones.

My mother’s side were a prosperous Portuguese Jewish family residing in Amsterdam, Holland. They were part of a historical community where tradition was valued, family was loved and religion was observed. The Okker’s came to Amsterdam as they were forced to flee Portugal – they were not strangers to anti-semitism. The Okker family comprised of a little over 100 members. They would be one of ten children and have as many aunts and uncles gathered all together around the table for Yom Kippour, Rosh Hashanah and Pourim. The gift of life was embraced until one day, when they all dispersed and fled the Nazi invasion. 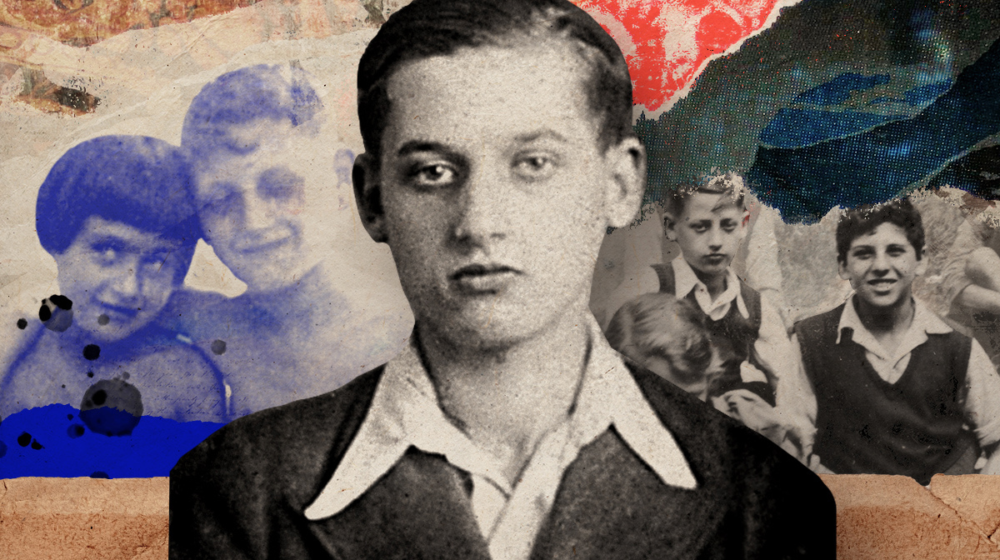 Many families were torn apart and it was a race against the clock to find a place to escape. Heartbreakingly, the Okker family was not so lucky and by 1945, my grandfather, his brother, uncle and two cousins were the only survivors. Growing up we were taught the horrors our family endured and how remembering is more than just a duty but an obligation we proudly upkeep. My first lesson of the being taught about the Holocaust at home is the day I asked my mother about her grandparents. I was intrigued to see a photo of them but with that photo came a very common heartbreaking story every Jewish family can relate to. Mozes Okker and Berendina De Vries were only 59 years of age when they were transported from Drancy, France on the 7/03/1944 in a cattle train and having spent 2 nights and 3 days standing up squashed like animals piled together sent to the slaughter, they were gassed on March 10th 1944 in Auschwitz. My mother told me stories of how Berendina was a very nervous lady who was always beside her husband – my mother went on to wonder how she must have felt having been separated on their arrival to Auschwitz.

We are just one family amongst many others who tell the tales of family members who once lived in a world where the thought of a Holocaust would be unimaginable. So on the 27th of January we remember the names, the faces and all those who perished. Not every community would understand that circled in red in our calendar is January 27th. We mark dates to remember birthdays, happy occasions and events to look forward to; but in a Jewish household we mark a universal date to remember and to grieve together as one nation the devastating loss our family, friends and people went through. The horrors of the Holocaust can be understood but they are truly felt within the Jewish community. Growing up in a Jewish household, we would be taught names of family members who perished amongst the six million victims. We would learn of their fate and how we must never forget – for history has a tremendous track record of repeating itself.

The smell of wet soil

The souls linger one by one

Carrying a spade, they walk distorted

The smell of wet soil, they can only weep.

For if not to be buried, the smoke enclaves

All around ones parted soul

Scattered and whisked away.

If not buried nor turned to ash,

They carry they spades, to one more grave.

For if macabreness does not conquer all,

Then fear is greater and shall prevail.

Spade in hand they walked,

Destined to lie in a freshly dug grave

If one morning hunger does not triumph

Then a bullet shall conquer above all.

Numbered their fate is sealed,

A deathly hand is always on call

Here my people walk, sent to the slaughter.

Though neither to be true amongst the very few,

We do not know your names but we carry your numbers.

Engraved and not to be forgotten,

We shall tell the tales of a brave people

Whose fate was brought to an everlasting end,

We shall remember, we shall pray – Amen

pics are only there as an illustration.