Raven Wild is promising to teach all children about transgender people’s visibility and their acceptance through a really captivating and inclusive storytelling.

Raven Wild is the third book in an LGBT+ inclusive trilogy set “in a world where equality exists and no one is discriminated against for who they are”.

This new book is the last of a trilogy that and follows Promised Land and Maiden Voyage, which are two gay and lesbian fairytales for children aged five to 10. Both books use a very delicate language that helps parents and teachers explain how normal it is to accept one-self and how the world should be accepting diversities too. 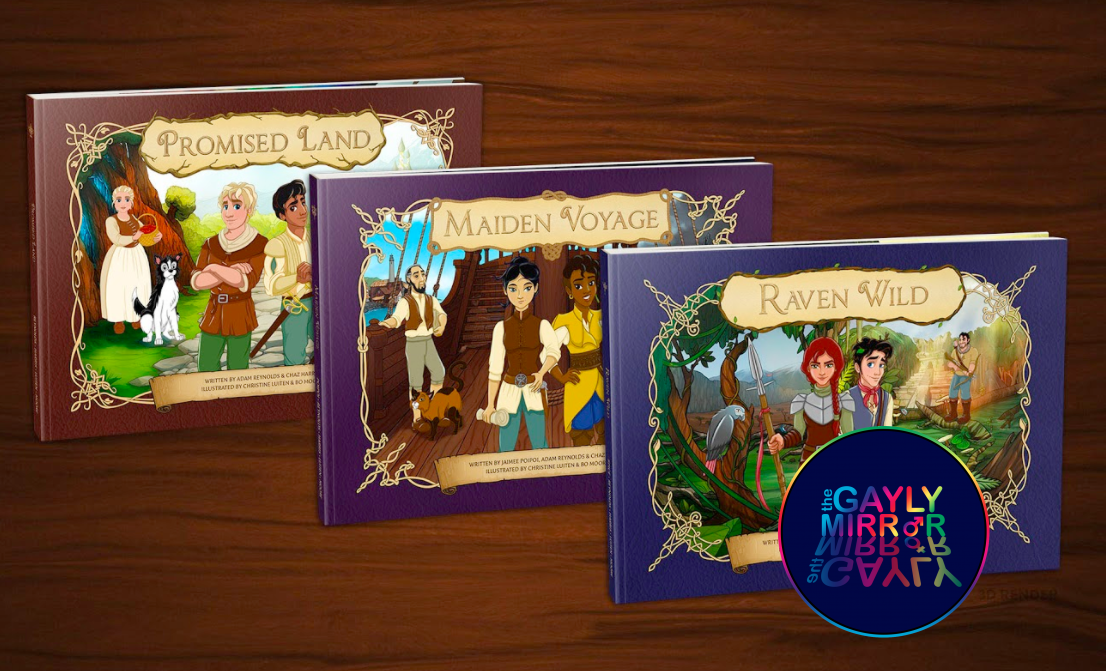 Co-author Chaz Harris during an interview said: “At a time when certain children’s book authors like She Who Shall Not Be Named [clearly talking about JK Rawling] are mercilessly attacking the transgender community online, we’re proud to release a story with authentic and positive representation, and an affirming message of identity, loyalty and love.”

The other co-author, Caitlin Spice added: “I want trans kids to have a role model to show them they’re worthy of love in a world that continues to say they’re not. A book like this would have made such a difference to me growing up and as a fan of the previous books it’s been a thrill to be part of the team bringing Raven Wild to life.”

The two authors joined Promised Land Tales co-founder Adam Reynolds to create the positive trans representation they needed to see as children to feel less discriminated once they understood the bodies they were living in were not reflecting their true-selves. Raven Wild

This new book tells the story of Raven, a brave young woman who was raised as a boy named Hawk. One day Raven learns of an evil poacher’s plan to steal a powerful gem and embarks on a jungle quest to save the animal kingdom from harm. Along the way, a childhood friendship transforms into love. The reader is kept to the pages of this new book in an almost breathtaking way, where once the reading has started, you almost can’t stop until you reach the end.

Raven Wild was released in August this year to coincide with the first National Schools Pride Week in New Zealand. You can buy it from promisedlandstore.com and in bookstores in New Zealand.