The happening was condemned by the actual Croatian President, Zoran Milanović

Carnival floats are always poorly politically correct but when people celebrate to racism and homophobia, then it is really too much.

This is what happened in Croatia where at the end of a carnival parade, an effigy of a gay couple with a child was burned amid the cheering screams of the crowd around. 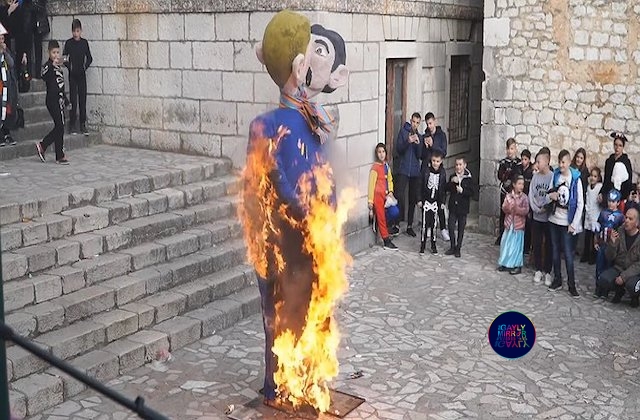 During the weekend, the city of Imotski sported an effigy of a gay couple, wrapped in a rainbow scarf with a child in their arms, for the carnival parade that was held in the streets of the city to then set it on fire as part of the carnival celebrations.

The couple’s child had the face of the deputy of the left Social Democratic Party Nenad Stazić, who recently asked that same-sex couples could be allowed to adopt and have children.

Before the effigy got burned, the presenter wanted to have his say to all the citizens who came to the event: “My head is spinning for this culture of death … This year, we set fire to this grotesque family with the baby Nenad Stazić! “

What is very unacceptable, as you can also see in the video, is that while the effigy was burning, a crowd of children cheered all around.

Croatia prohibits discrimination based on sexual orientation and gender identity, and same-sex civil partnerships are allowed.

In 2013, in a referendum, the European country decided for a ban on same-sex marriage with 66% of voters to support the bill.

Firm condemnation by the Croatian president for the incident. In a Facebook post he said: “The symbolic burning of the homosexual couple with a child in Imotski is inhuman, unpleasant and totally unacceptable during the carnival celebrations. Hate, intolerance and inhumanity are not and will never be a Croatian tradition. I will monitor the response of our public institutions, especially since the fires were followed by many children who witnessed the spread of hate and instigation to violence.”