DisneyXD’s third season premiere show dropped a new and amazing reveal about Violet’s family. The scene shows Huey and Violet facing off at their scouting group for the title of Senior Woodchuck after Violet saves Huey’s life.

Rapidly after the premiere, all DuckTales Fans started showing their appreciation on Twitter  for the representation of this LGBT+ moment in a historical Disney Show.

Violet is pictured between her two dads waring “I’m with dad” t-shirts and to be sure the audience clearly understands it all, Lena – Violet’s friend – says “That’s my sister from a couple misters!” 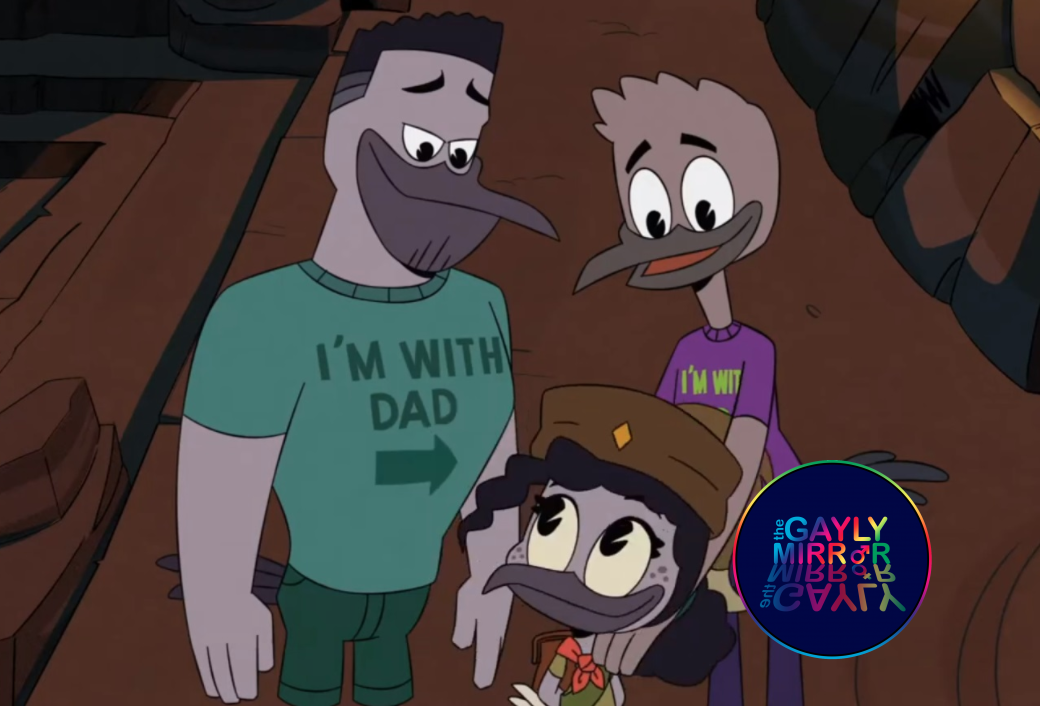 One of the fans wrote: “A step in the right direction for LGBT representation… Thank you so much, DuckTales. Seeing gay representation in my favourite show means the world to me. I love that they’re fathers to two beloved characters. Though they only make a small appearance, I’m still incredibly grateful for everyone behind the scenes who fought for it. Let’s hope it leads to more!”

Another fan added: “I just really love how DuckTales made it clear that they’re gay and they’re both violet’s dads.”

Everyone at The Gayly Mirror is so thrilled and happy for this new Disney Family.