The third series of RuPaul’s Drag Rage UK is airing on BBC every Thursday evening, but we all have the feeling that this is not the best that British Drag Scene can offer.

After such a strong a second series, with characters like Lawrence Chaney, Tia Kofi and Veronica Green (back in season 3 because of Covid), we were all expecting to watch a levelled-up new series of the most loved and lasting tv reality-show that celebrates the art of Drag Queens… and instead… we feel we’ve been let down.

Saving just a little group of the queens competing this year in RuPaul’s Drag Rage UK, namely Choriza May, Veronica Green, Ella Vaday, all the others really lack in personality and uniqueness.

Every new episode the viewer has the feeling that there is some magic which is missing to this show: what we see on the main stage of RuPaul’s Drag Race UK is repetitiveness, like what we have with the same style of dresses that the beautiful Krystal Versace keeps on wearing, little or none originality and acting skills (see yesterday’s Snatch Game). 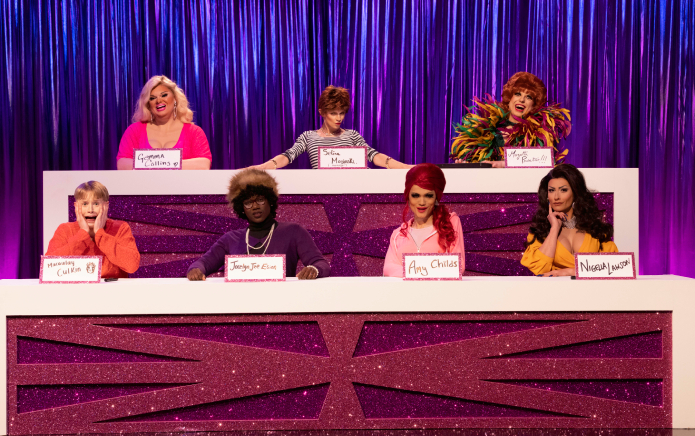 We are not discussing or doubting the art of Drag that all the queens have this year, not at all. We are discussing their performance in this season, where also Mama Ru is visibly disappointed with her choice of queens: it is very rare to see a double elimination after a very delusional lip-sync battle.

As things stand at this very moment, Ella Vaday and Kitty Scott-Claus are the only two queens with great personality, with originality, acting skills and still able to surprise us before the end of this season.

Who knows? Maybe the next episodes of RuPaul’s Drag Race UK season 3 will surprise us and will let us re-think about our actual feelings.

Good Luck and may the Best Drag Queen Win!!